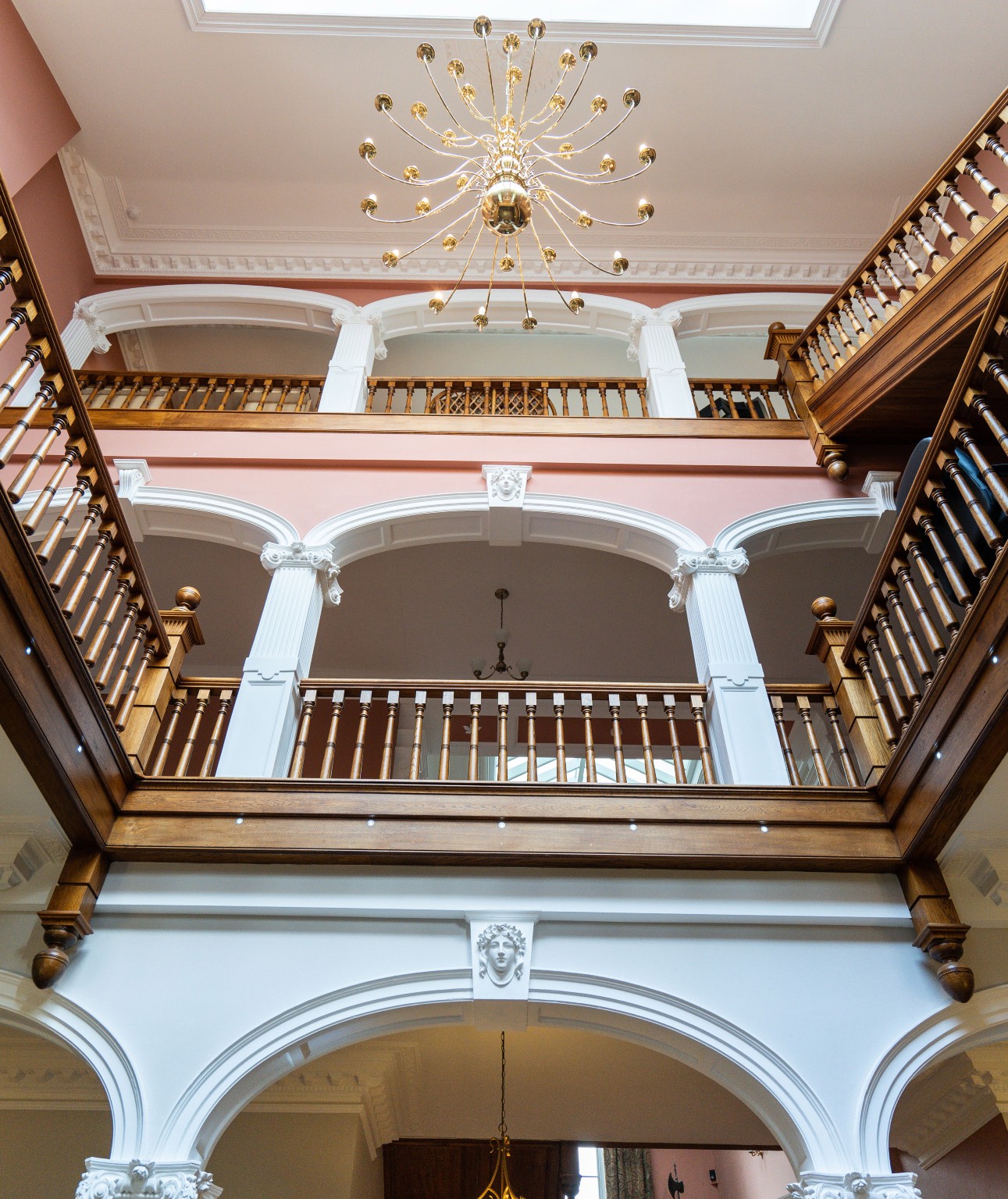 Set in beautiful grounds and surrounded by picturesque Wiltshire countryside is this magnificent manor house. Everleigh Manor was bought by the current owners in 1999 who have since carried out a complete renovation project to bring the property back to its former glory, with close attention being made to retain much of the original character yet creating a home which is very much suited to modern day living.

Everything here is about scale. The accommodation throughout is generous and the numerous reception rooms allow a real flexibility as to how they could be used. Highlights include the show stopping vaulted entrance hall, the orangery with its ornate ceilings and the magnificent reception rooms, all of which are spacious with attractive fireplaces and countless windows allowing for an abundance of natural light and fantastic views over the surrounding gardens and grounds.

The kitchen is very much the heart of the home and is fitted with a Clive Christian kitchen, comprising wall and floor units, a large island, integrated Miele appliances and Lacanche cooker.The cellars at Everleigh Manor are particularly impressive and provide a great deal of storage as well as a safe room and wine store. There is a large garage with access to the main house.

A beautiful staircase leads to the first floor where there are four spacious bedrooms, all of which are en suite with dressings rooms. The second floor provides four further bedrooms as well as a kitchen, games/sitting room, and bath/shower room. This floor would be perfectly suited for staff accommodation.

Everleigh Manor can be approached via the East or West drive and is positioned to take full advantage of the magnificent southerly views. The gardens and grounds are mostly laid to lawn and interspersed with a variety of established trees and shrubs. There are various outbuildings providing ample storage and further garaging. The outbuildings could be converted to stabling- if the relevant consents were obtained and granted.There is a greenhouse and a cottage which comprises a kitchen, sitting room, bedroom and a bath/shower room.

Everleigh Manor is undoubtedly one of Wiltshire’s finest manor houses with the most fascinating history, all of which the current owners have had documented. The Great Saxon King Ine (Ina) is said to have had a home on the present site of Everleigh Manor from 688 - 726 AD.

The property has royal concections having been owned by the crown, most notably during the reign of Henry IV,Henry VIII and Elizabeth I. In 1560, the property was granted to Sir Ralph Sadler by Queen Elizabeth I . SirRalph was reprimanded for allowing Mary Queen of Scots to visit Everleigh to practice falconry, while she was imprisoned at Tutbury Castle. (Sir Ralph Sadler wasQueen Elizabeth’s chief falconer).

The principal building is thought to date from the 18th Century (although there is evidence to suggest that parts of the building date back to the later part of the 16th Century). In 1764, Everleigh Manor was acquired by SirJohn Astley, the family retained ownership up until the turn of the 20th Century.

The West Wing is run as a Bed & Breakfast by the current owners. It comprises a reception area, kitchen, utility, dining room and 10 bedroom suites all arranged over three floors. The West Wing can be accessed from the main house. 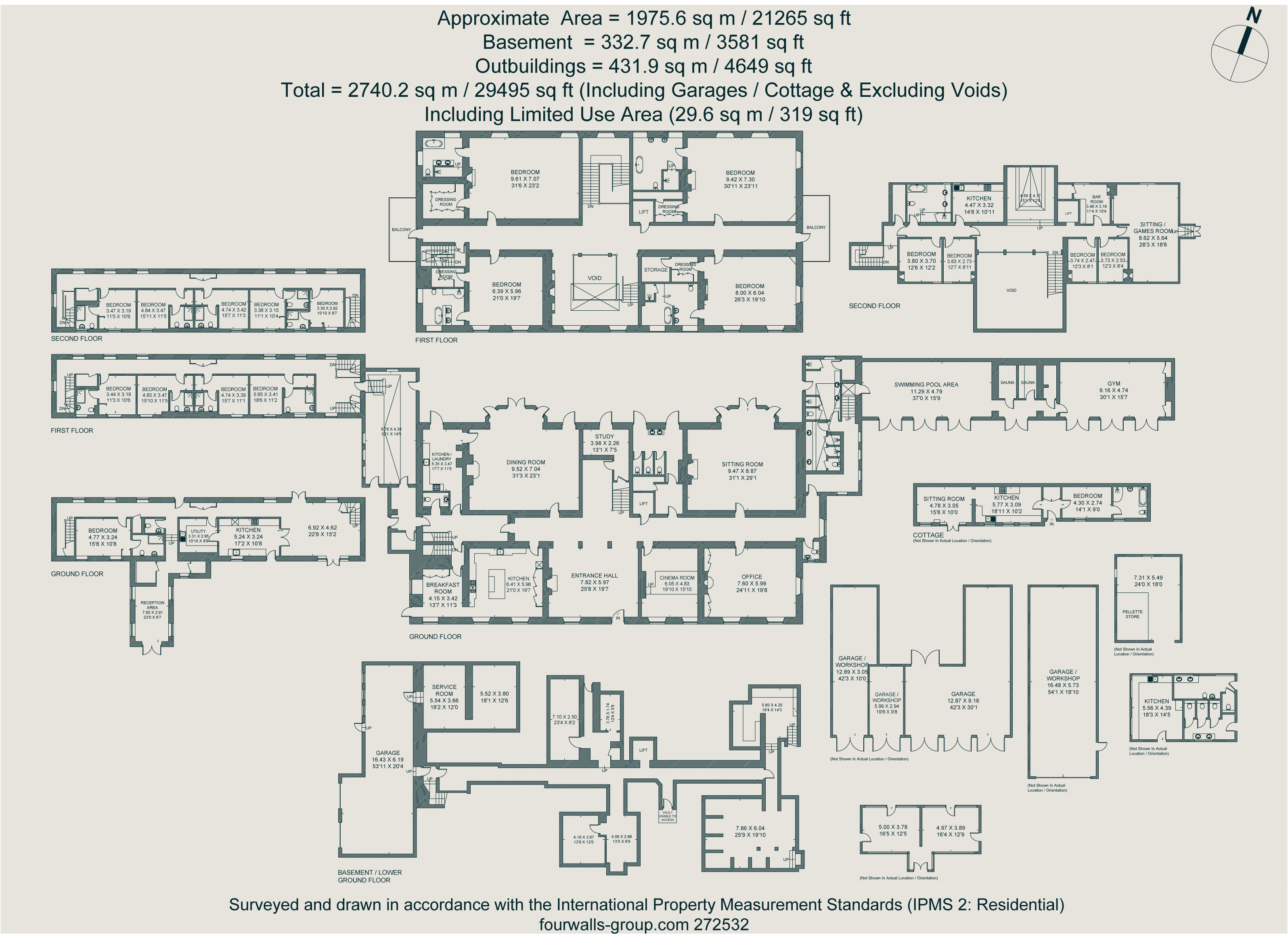