Demonstrating contemporary and traditional living at its finest. The owner has a real design flair and an eye for detail, the result being a home that has a compelling mix of light, modern spaces yet cleverly retains much of the period charm and character. 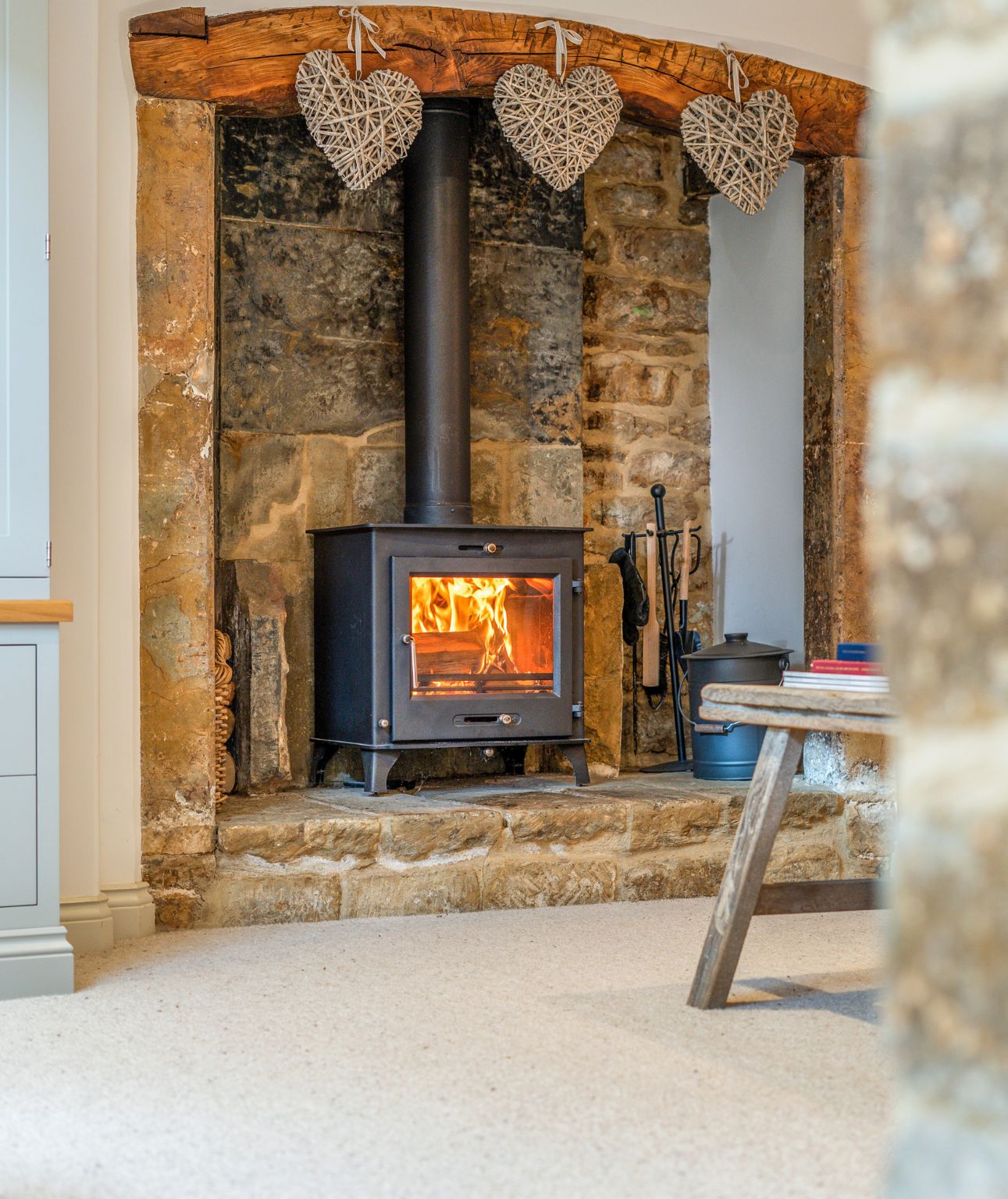 ‍
Formerly a quarry cottage dating back to the 1800’s that has undergone a complete transformation in recent years, The Quarries not only offers light, space and height in abundance; it has been beautifully designed demonstrating contemporary and traditional living at its finest. The result is a superb family home that has been finished with remarkable attention to detail and designed perfectly for modern day living. The property underwent a renovation and substantial extension project which was completed in 2018 with further works completed in recent years by the current owners. On arrival, there is immediately a sense of the quality of craftsmanship. The accommodation throughout is generous and allows a real flexibility as to how it could be used.

‍
A beautifully appointed kitchen/breakfast room is not only a superb space for those who are keen on cooking but offers a perfect space to dine and entertain. The kitchen has double Bosch ovens and induction hob.

Since the property was purchased by the current owner in 2019, it has undergone a great deal of work including; drive reconfiguration, an oak pergola, electric gates, parkland fencing, the construction of a oak-framed porch, a vegetable garden with outdoor lighting and the installation of a CCTV system with intruder alarm to name just a few.

The owner has a real design flair and an eye for detail, the result being a home that has a compelling mix of light, modern spaces yet cleverly retains much of the period charm and character.

The main bedroom is particularly impressive, having windows on 3 sides and views over the garden and farmland beyond. There are fitted wardrobes, dressing and shower rooms.

There is the most charming annexe which is referred to as the bothy and forms part of the central courtyard. It provides additional accommodation with vaulted ceiling and comprises a double bedroom, a newly fitted kitchenette and ensuite shower room.

A large gravel driveway provides ample parking for a number of cars as does a two-bay carport. The car port forms part of an incredibly useful barn that provides a great deal of storage as well as a workshop and store. large room above barn has potential (subject to planning) for a range of alternative uses eg. ancillary accommodation, games room, office etc.

There is underfloor heating throughout the entire ground floor (with individual digital thermostats to each room). Every room in the house has hard-wired internet connectivity and TV distribution. There is an integrated audio system, independently controlled in all principal rooms, linked to the main AV hub in the server room. A staircase from the studio leads up to the cinema room which could also be used as a bedroom if required.

The garden, mostly laid to lawn, is framed to the south by an established hedge which provides a great deal of privacy. There are some well stocked flower beds which are full of colour throughout the summer months as well as an immaculate vegetable garden.

There is a former car garage next door but one to The Quarries. This is in the process of being developed into three detached Hornton stone houses by a reputable builder. This does not show up on Google earth as it has only recently been demolished.

‍
Situated in picturesque, Oxfordshire countryside is the attractive village of Hornton, the majority of which is built in the local ironstone. In the centre of the village is a small triangular green with pretty thatched cottages on two sides. Near the green is the manor house, built in the early 17th Century.

Hornton stone, a ferruginous limestone, was quarried in several places near the village and apart from its use in the building of cottages, houses and churches, etc. it was also used in buildings such as St. Paul's Cathedral, Canterbury Cathedral and university buildings in Oxford and Cambridge.

The market town of Banbury is only 6 miles to the south east. This town is a bustling commercial and retail centre at the edge of the Cotswolds, with a primarily rural surrounding. An impressive bronze statue of the “Fine Lady” from the famous “Ride a cock horse to Banbury Cross” rhyme is set close to the Banbury Cross at the meeting point of the roads from Oxford, Warwick and Shipston-on-Stour.

10 miles to the west and noted by the Sunday Times in March 2016 as one of the best places to live in the UK; Shipston-on-Stour is an historic, quaint but booming South Warwickshire market town with a strong sense of community spirit and full of charm. Shipston’s attractive high street has a mix of traditional family-run and contemporary independent businesses including a high quality delicatessen, a long established wine merchant, opticians and even a watch repairer - other amenities include a doctor’s surgery and cottage hospital, a dentist, butcher, fishmonger and a number of pubs and restaurants.

Communications are fantastic with easy access to the M40/M1 which in turn provide access to London, Birmingham, the midlands and south. 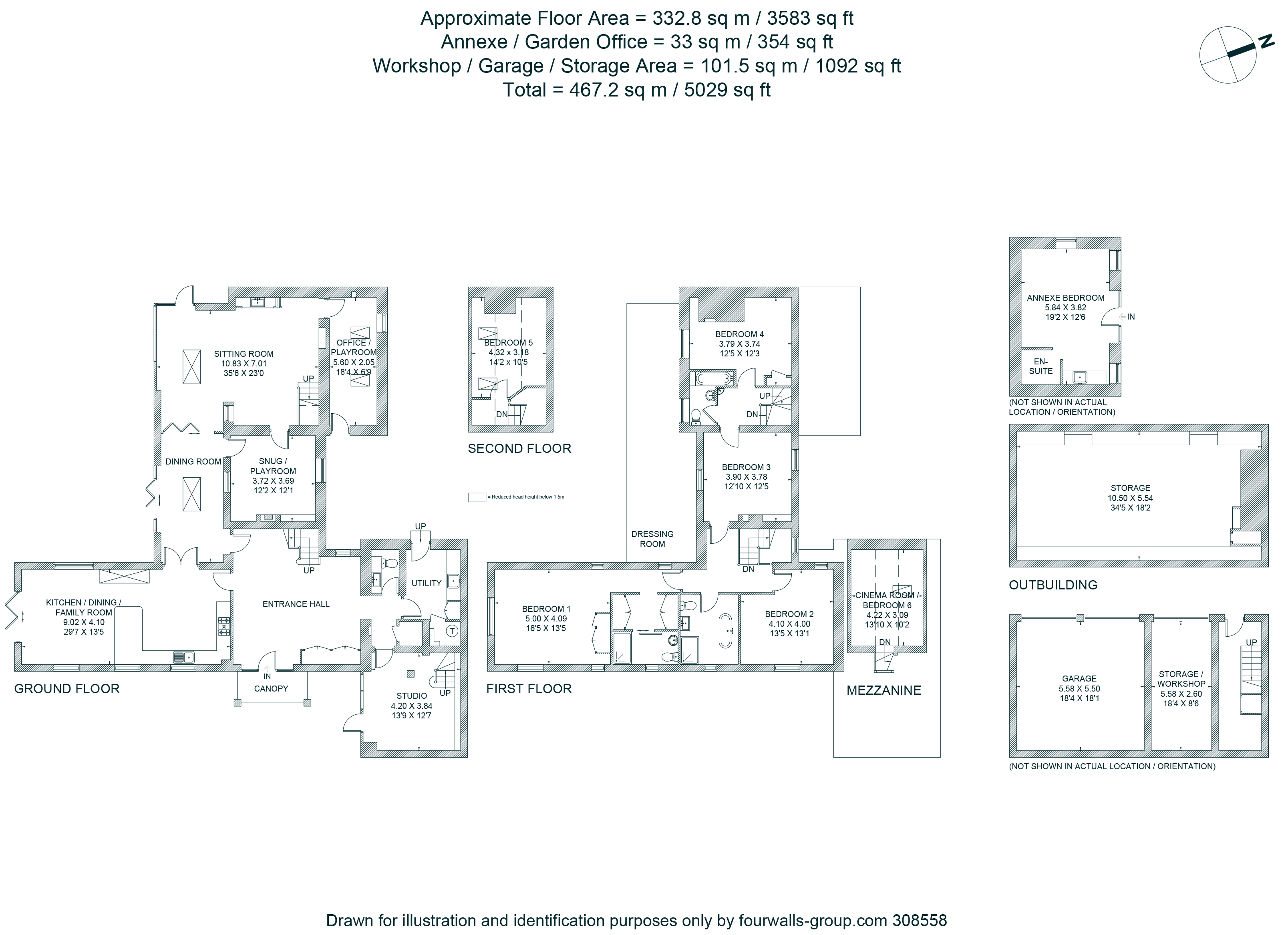